Joshua's Law - VDI - Only in Simulation

VDI has been an outstanding partner to work with offering a virtual training product that truly engages kids. After passing Joshua’s Law in 2005, I worked with VDI to put simulators in schools throughout the State of Georgia increasing the number of students taking Driver Education by 450% and reducing teen deaths by 60%. These simulators WORK!
Alan Brown, Founder, Executive Director & Joshua’s Dad, Joshua Brown Foundation.

The Center for Disease Control (CDC) states that motor vehicle crashes are the leading cause of death for teens and this epidemic needs to be addressed.

Governor Deal has reinstated the collection of funds for Driver Education grants from traffic violators in the State, and Georgia schools are now eligible to receive a portion of the $2.9M driver education grant. VDI was part of the initial efforts to implement 21st Century Driver Education back in 2008 when over 80% of the schools that received funding purchased driving simulators to establish or enhance their teen driver safety program. As a result, Georgia increased the number of students taking Driver Education by 450% and reduced teen deaths by 60%!

TUESDAY, MAY 12TH:  All participating schools must attend a Grant Application Training  Class on Tuesday May 12th @ 10:00 am.

FRIDAY, MAY 22ND:  All grants must be submitted via eGOHS by Friday May 22nd @ 12:00 pm.  You will not be allowed to start a grant on the day the application is due.  For application, go to http://www.egohs.org/Portal.asp

Alan Brown, creator of Joshua’s Law and chairman of the Joshua Brown Foundation, considers simulation to be one of the 5 key components of 21st Century Driver Education:

VDI’s virtual trainers are fully interactive simulators that provide the practice and repetition needed to allow students to experience dangerous situations without putting themselves or others at risk. We combine superior hardware, proven curriculum and a Georgia-based sales and support team to provide the best possible simulation experience for your students. 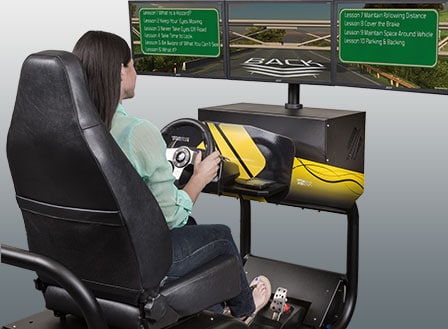 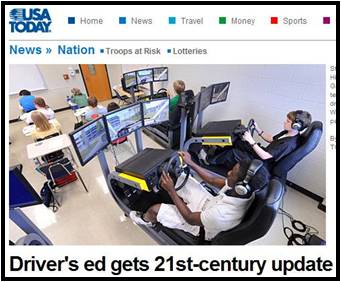 Simulation Has Proven Its Effectiveness in Georgia

According to the Governor’s Office of Highway Safety, schools who added simulation to their driver education program reported that:

Joshua’s Law, was drafted and introduced to the Georgia General Assembly in 2005 by State Senator Preston Smith, and enacted in 2007 after being approached by constituents, Alan and LuGina Brown. Their only son had died after a single-car vehicle collision while he was driving alone on a wet road.While dealing with the grief and guilt of the loss of their child, they realized that the tragedy might have been avoided if he had known what to do in that particular driving situation.

Giving consideration to the fact that mandatory drivers education would be difficult to pass, Mr. Brown reviewed these concerns and offered the following:

Passing with an overwhelming majority of 87% in the Georgia House and Senate, Legislators ranked the legislation as the second most important piece of legislation passed in the 2005 session. The bill allowed revenues from the traffic fines to be collected beginning July 1, 2005, and accrue funds to allow broad disbursement in a manner determined by the Commission.

For More Information on the Joshua Brown Foundation, Click Here

Subscribe To Our Newsletter
Be the first to get latest updates and
exclusive content straight to your email inbox.
No Thanks!